Share a memory
Obituary & Services
Tribute Wall
Read more about the life story of Bette and share your memory.

Bette Magyar Johnson passed away peacefully at home, surrounded by family on November 9th. She was predeceased by her beloved son Todd. She is survived by her son Craig, (Gigi) and her daughter Krista, (John) grandchildren Brandon, (Elisa) Cara, (Justus) Logan, (Jamie) Noah and Ben. She was fortunate to also have enjoyed her great grandchildren Matthew, Hudson, Morgan, Parker, Devin, Kaylee and Tash.

She was born in New York City in 1932 but spent most of her childhood in the Bethlehem Pennsylvania area.  Her father had immigrated to the United States from Hungary, and she showed her gypsy spirit in all that she did, especially on the tenor saxophone. She graduated from Shillington High where she was a classmate of John Updike. She fondly remembered the brilliant and very funny ‘chalk talk’ speeches that John used to give.

Bette attended the University of Michigan where she made many long-lasting friendships. She was a sorority sister, part of the newspaper editorial board, and participated in many musicals and shows. Her last two years at the university she was the lead singer in a jazz combo and continued singing for most of her life.

After college, Bette joined the Red Cross where she met her future husband Terry. Craig was born at Fort Dix, New Jersey and then the family moved to Columbus, Ohio where Terry finished his degree at Ohio State and Bette went back for her teaching degree.

After that they moved to Staten Island, New York where her son Todd was born. They were then off to Philadelphia, Pennsylvania where Bette taught nursery school and daughter Krista was born. In 1967 they made a final move to Wayzata where Bette remained until her death.

Although Bette was never employed as she raised her family, she volunteered throughout the community. She started the Outreach for Wider Learning program in the Wayzata schools, and was often back in the classroom as a substitute teacher.

At the church she was on the Social Action Committee where she fought for social justice and became very involved with the Native American community. She was always a fighter, lobbying for LGBT rights, African Americans, the homeless and any other disenfranchised groups.

In 1979 Bette divorced and started her professional career as the director of the Chamber of Commerce of Wayzata. It was she who started the parade as part of the James J Hill Days and the official Christmas tree lighting ceremony held at the depot.

When her daughter Krista went off to college, Bette herself returned to school. She went on to earn both her Master’s degree and Doctorate in psychology at the University of Minnesota. In 1987 she opened her practice as a licensed psychologist and helped many children and families in times of divorce and she also counseled adults and children individually. Bette finally retired in 2015 at the age of 83, but she couldn’t quite give it up and continued to run grief support groups at Folkstone where she was living.

Bette was an avid traveler and she was often off to see the world with Krista in tow. Together they visited most of Europe, including her father’s birth village in Hungary, the Baltic, and Morocco. Later in her life she went on many adventures with her good friend Bill Graye traveling to Alaska, Ireland, Cuba just to name a few.

Bette was a firm supporter and devotee of the arts.  She was a season ticket holder to the Saint Paul Chamber Orchestra, along with the Guthrie theater, Artistry, Northrup Ballet series and Pen Pals. She also supported Twin Cities Public Television, Minnesota Public Radio, and her beloved church.

A Celebration of Life service will be held at Wayzata Community Church, 125 Wayzata Blvd, Wayzata, MN 55391 on Friday, November 18th at 11:00 am with a lunch reception to follow. As Bette always insisted, all are welcome.

In lieu of flowers, consider planting a tree in memory of Bette.

To send flowers to the family or plant a tree in memory of Bette Magyar (Magyar) Johnson, please visit our floral store. 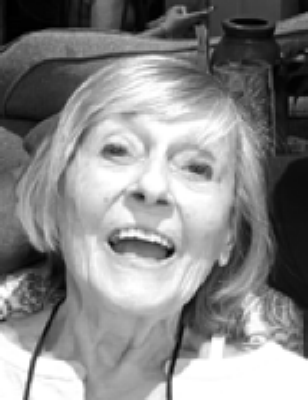