Share a memory
Obituary & Services
Tribute Wall
Read more about the life story of Nicholas and share your memory.

Monssen, Nicholas Jordan Lee "Nick", age 28, left us unexpectedly alongside his brother Brent on November 1st, 2022. He took pride in being a Lead Semiconductor Technician at Honeywell, following in his grandfather’s footsteps. He planned to further his education in engineering to advance his career. Nicholas was born on January 26th, 1994, in Edina, MN, the son of Sheila Monssen and Joe Ullstrom. Waiting to greet him is Grandpa Gene & Aunt Emily. In addition to his parents, left to carry on his legacy is loving siblings, Jeffrey Kyle (Paige), Chris, Rhiannon (Marcos), & Jimmy (Laura); precious nephews, Tavo & Cooper, as well as Papa Lee & Grandma Karen, Grandma Delores, Uncle Jeff & Aunt Renee "Nee"; cousins, Jake & Brooke (Stephen), appointed big sisters Shannon (Derrick) & Colleen, and cherished friends.  Nicholas was a member of the Class of 2012 at Rockford High School.

Nicholas put his family before anything else; he prided himself on being able to host family gatherings and his role in creating lasting memories for his loved ones. He was dependable, caring, and protective of everyone he held close to his heart. He was a natural mentor and many people looked to him as a role model. Nicholas aspired to achieve extraordinary goals in life, always with his family in mind. He was fond of meaningful conversations, and he never failed to express his love and gratitude toward others.

Nicholas was a fan of all things nerdy - from The Witcher, Lord of the Rings, & Game of Thrones, to Star Wars, Adventure Time, and Dragonball. He was an avid reader with an extensive personal library. He was such a huge fan of The Witcher that he named his cats Yennefer & Geralt, after his favorite characters. He never shied away from hearty debates about his interests, and he had a knack for finding the quietest person in the room and allowing them to be heard.

Nicholas' imagination was out of this world. As a child he schemed with his brother Kyle to design elaborate, creative games for his siblings to play - from "Mafia Town" & "Turtle Express", to building obstacle courses & producing/directing home videos. As an adult his imagination continued by dueling against his best friends; starting with broomsticks & nerf toys, and evolving to impressive, epic battles with real steel swords. Nicholas had a highly competitive spirit while on the court and in the field, and it carried over into the simplest of board games & the most complex video games. He always expressed how he felt most at peace in water, whether it was a pool, lake, or just long showers. This was apparent when during heavy rainfall, while most would rush indoors, Nicholas would go out wearing only shorts, lift his head to the sky and shout without a care. He had a complete reverence for music. He appreciated poetry & lyricism and was quite skilled at both himself. The way he spoke with charm and sophistication could convince you of almost anything. Above all else, he loved his family and friends. We all cherish every moment with the exceptional young man Nicholas was, and will forever be, in our hearts.  A celebration of life will be held at the Hamel Community Center, 3200 Mill St, Hamel, MN 55340 @ 1:00 PM on Wednesday, November 16th.

To send flowers to the family or plant a tree in memory of Nicholas Jordan Lee Monssen, please visit our floral store. 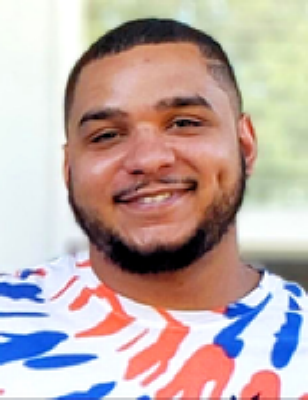